The first semifinal of FIFA world cup 2018 scheduled to take place on July 10, 2018. France will take on Belgium for the third time in a world cup encounter. The French team currently has a clean slate, as they won on previous two occasions against Belgium. But this time around it will not be that easy both France and Belgium have been playing some attacking football. History may in the favour of the French team, however as per the current form both teams are looking equally matched. Eden Hazard and Lakkaku have been in super hot form for Belgium, France needs to find an answer. Belgian team needs to stop the teen sensation Mbape whose twin strike ended world cup for Argentina and the star midfielder Pogba. The way Belgian team defeated Japan was commendable they came 0-2 down to finally win the game 3-2 and then in quarterfinals they defeated 5-time world champion Brazil, so, they are on a high. 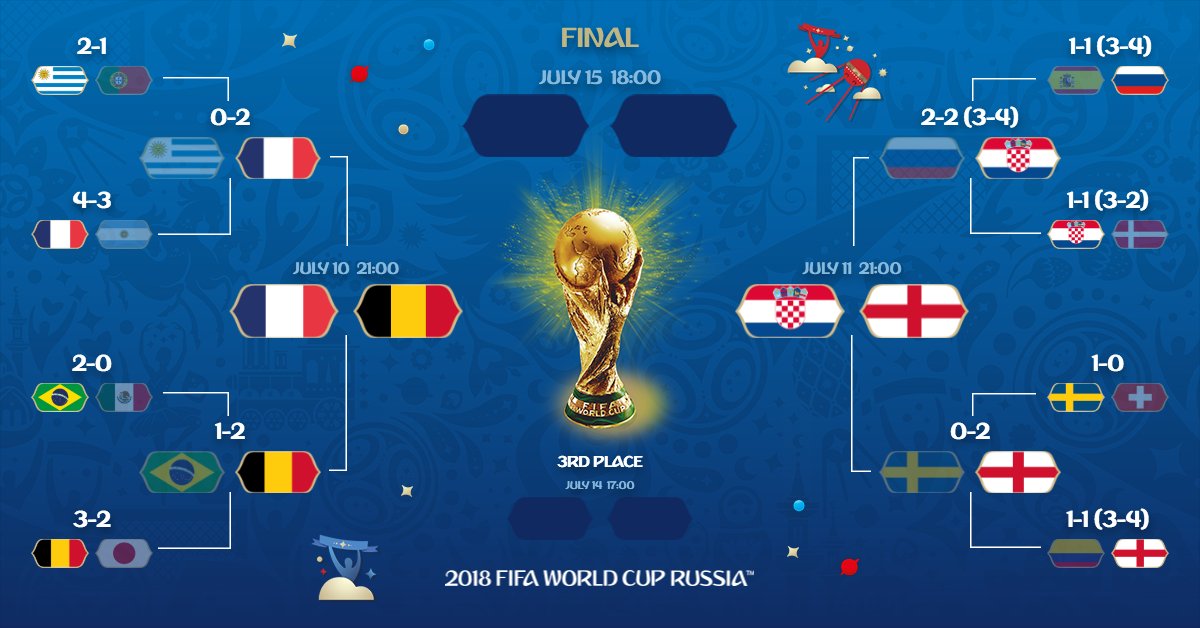 France vs Belgium Live Stream in the US will be on Fubo TV & FIFA TV will Live Stream. The knockout encounter will live stream in India at SonyLiv.com or SonyLiv app, UK fans will get to see the live stream on BBC iPlayer. Indian fans can also enjoy FIFA world cup through Jio TV & Airtel TV.

France vs Belgium Live Telecast in the US at Fox sports & Telemundo, In UK the match will telecast on BBC One. Indian fans will get to see the match on Sony Sports Network. Sony will also offer Hindi commentary.

When is France vs Belgium match?

Where is France vs Belgium match?