The third quarterfinal of FIFA World Cup 2018 will take place between Sweden & England on July 07, 2018. Earlier on Friday, France & Belgium made their way to the semifinal. France defeated Uruguay 2-1, while Brazil went down to Belgium 2-1. Sweden and England have met each other twice in the world cup, however, no one was able to score a win as both the matches were drawn. First time there will be a result in their world cup encounters as they are meeting in quarterfinals for the first time.

In pre-quarterfinals Sweden overcame Swiss challenge as they defeated Switzerland 1-0 and England fought a tough match against Colombia and came out the winner in a penalty shootout. The good news for England is the form of striker Harry Kane and the return of Ashely Young to full fitness. England is in good form but Swedish are looking quite confident and they have all the reasons to be confident, as with the solid defence they managed good results and against top teams. On Saturday, they would like to book their second world semifinal birth after 1994. It will Swedish defence vs English attack. 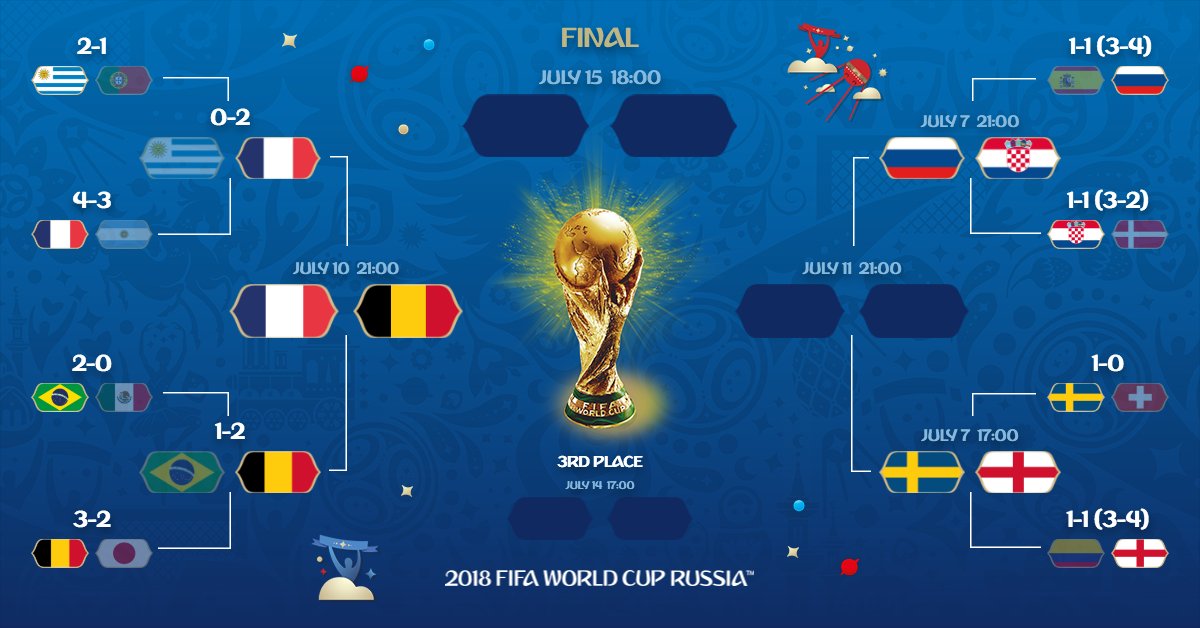 Sweden vs England Live Stream in the US will be on Fubo TV & FIFA TV will Live Stream. The knockout encounter will live stream in India at SonyLiv.com or SonyLiv app, UK fans will get to see the live stream on BBC iPlayer. Indian fans can also enjoy FIFA world cup through Jio TV & Airtel TV.

Sweden vs England Live Telecast in the US at Fox sports & Telemundo, In UK the match will telecast on BBC One. Indian fans will get to see the match on Sony Sports Network. Sony will also offer Hindi commentary.

When in Sweden vs England match?

Where is Sweden vs England match?