Formula 1 Hungarian GP 2019, Schedule, How to Watch & Live Stream: Teams & Drivers Would Like to Make A Strong Finish In Hungry


After the dramatic German GP F1 Action will now move to Hungry for the final race before the summer break. The wet race in Germany saw a lot of drama Max Verstappen took the win and Sebestian Vettel redeemed himself from back of the grid to a podium finish. And the dominant Mercedes found themselves in trouble as Lewis Hamilton who started from pole finished 9th and Valtteri Bottas could not finish the race. Now the drivers will to Hungary aiming for a strong finish of first half of F1 championship. Sportsfeista will provide with complete details of Formula 1 Hungarian GP 2019, Schedule, How to Watch & Live Stream.

Mercedes has seen some rare failure this season, however, whenever they are failing, it Max Verstappen who is encashing the opportunity and Germany was no difference. The Red Bull’s premier driver pulled up the exceptional win after starting second from the grid. His German GP win is more important considering the fact that he was up against Lewis Hamilton who has mastered the art of winning wet races. In Germany, Max Verstappen put an end to Lewis wet race winning streak of 8 races. Daniil Kvyat of Toro Rosso scored a maiden podium for this year it was podium finish in a long while for Toro Rosso. Surprises didn’t end here Robert Kubica was also able to open his account as he scored his first point by finishing 1oth. 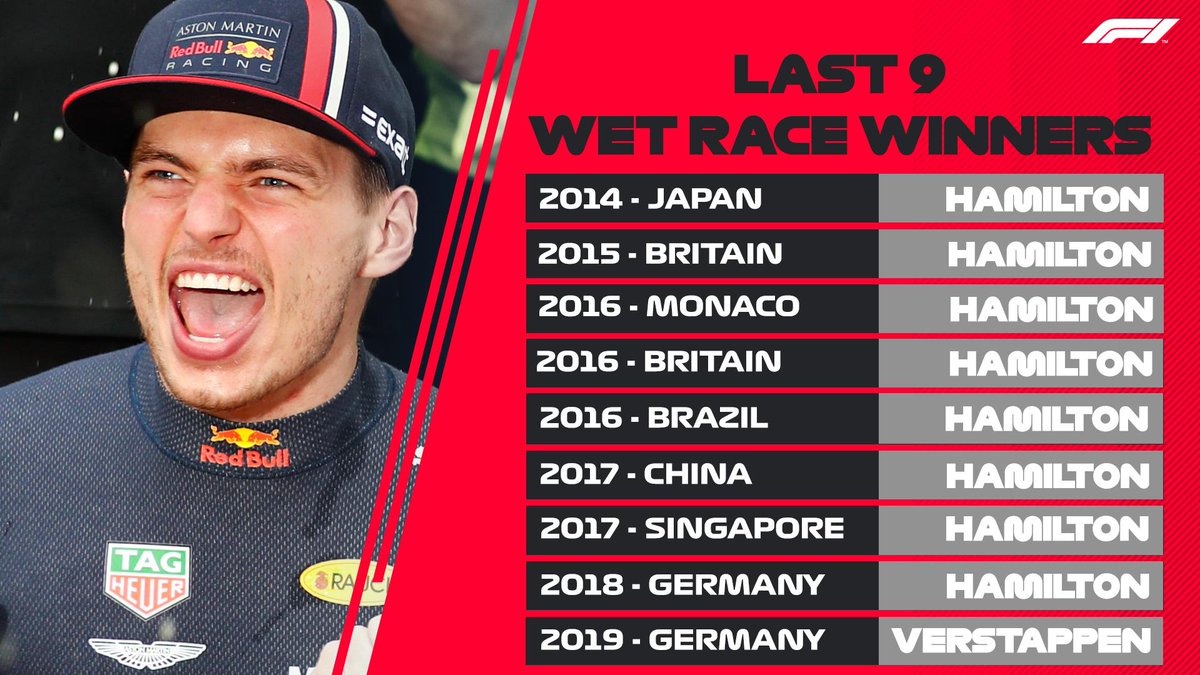 Weather played a crucial role in deciding the outcome of the German GP now let’s check what weather Gods has in store for the last race of the first half of 2019 season. As per the weather prediction on Sunday, August 04, 2019, it will remain partly cloudy with almost 50% chance of rain. The good news for Mercedes is that it will not be very hot in Hungary so, they should not have the colling issue.

Formula 1 Hungarian GP 2019 Live telecast information is here. F1 fans in India will get see thrilling action live at Star Sports Network, Fox Sports Asia in Asia. Australian fans will get to see the race live at Fox Sports Australia and Network Ten. For Canadian fans F1 action will be brought live by RDS & TSN, US fans will get to see it ABC, ESPN & Univision. For the fans in the UKSky Sports, Channel 4 and will bring the live coverage.

All timings are given in local Hungarian time which GMT+2 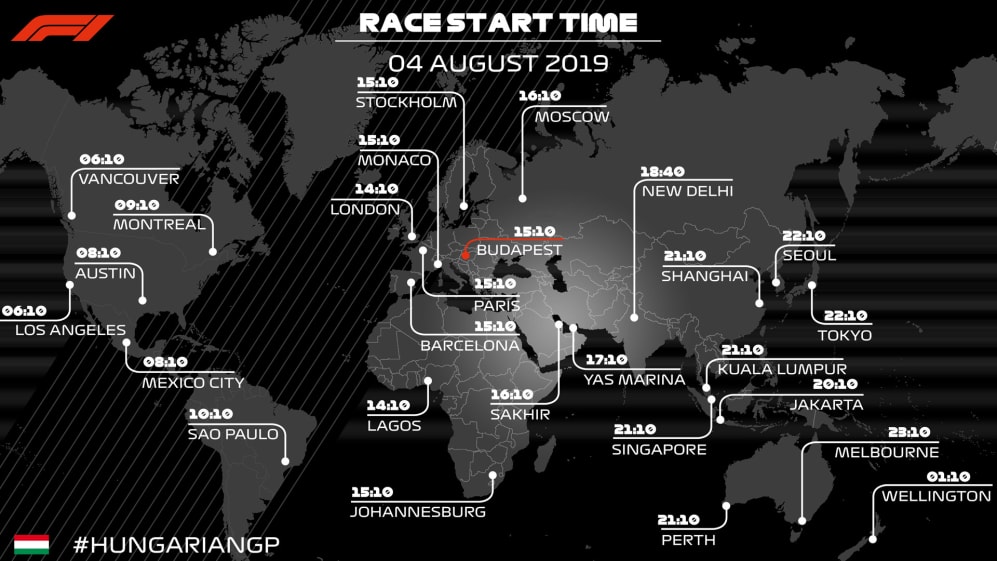 Mercedes are clearly ahead of their rival Ferrari owing to their dominant performance this season. Mercedes has a clear lead of 148 points over Ferrari. In the midfield battle, McLaren has shown some impressive performance with 70 points they are ahead by 28 points from the nearest rival. 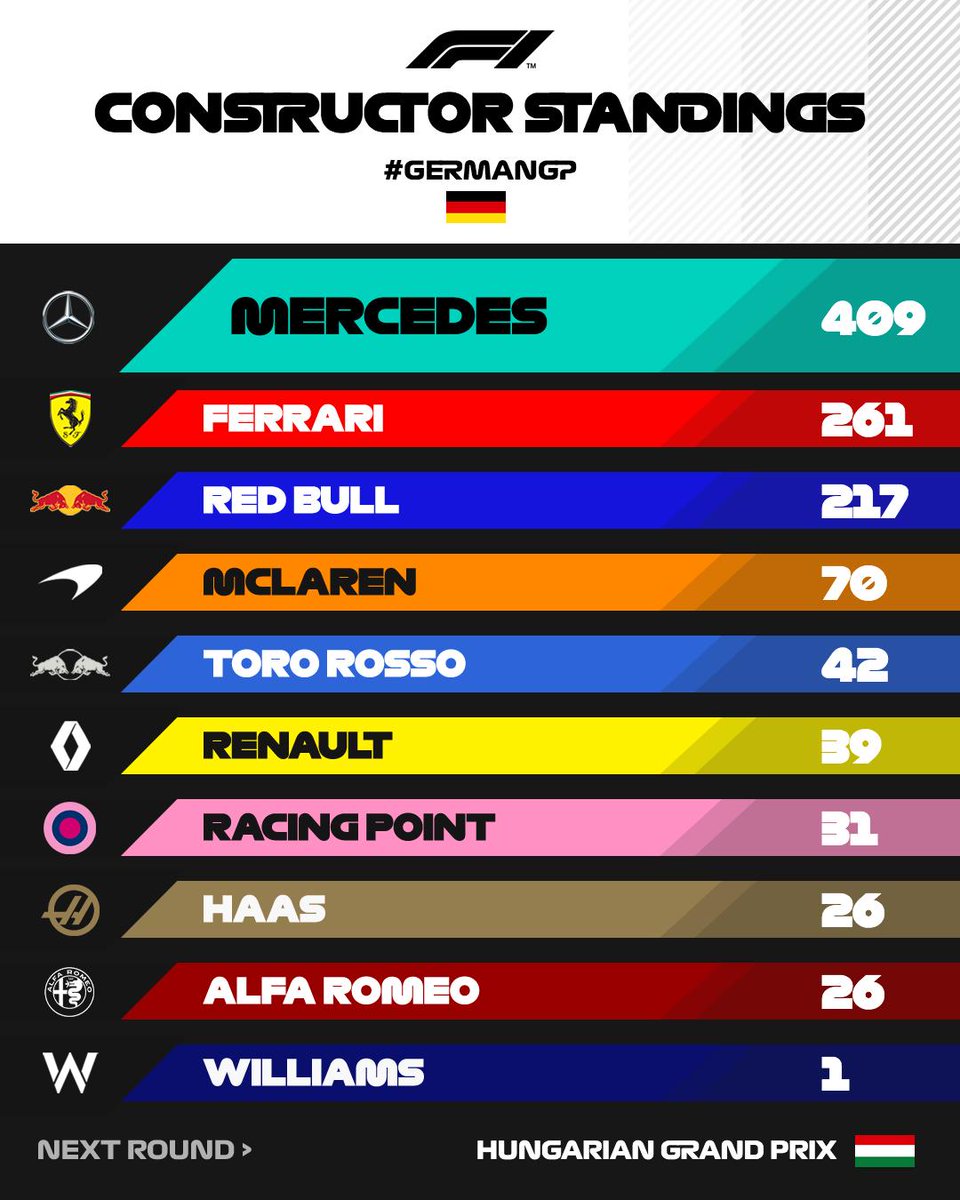 Some facts About Hungarian GP

Zsolt Baumgartner is the only Hungarian who has competed in Formula 1 Hungarian Grand Prix for Jordan in 2003 and for Minardi in 2004.

When was the first Grand Prix held and Hungaroring Circuit?

The first Grand Prix was held in the year 1986.

How many laps are there in Hungarian Circuit?

What is the length of the Circuit?

What is the race distance?

What is the lap record and who made it?

Who won the last Hungarian GP?