After a scintillating performance in practice race, Max Verstappen gears up for the battle of the pole on Saturday 24 June 2017. We bring you information about Azerbaijan GP 2017 Qualifying Race Live Stream and results and highlights of practice race 1 and 2. 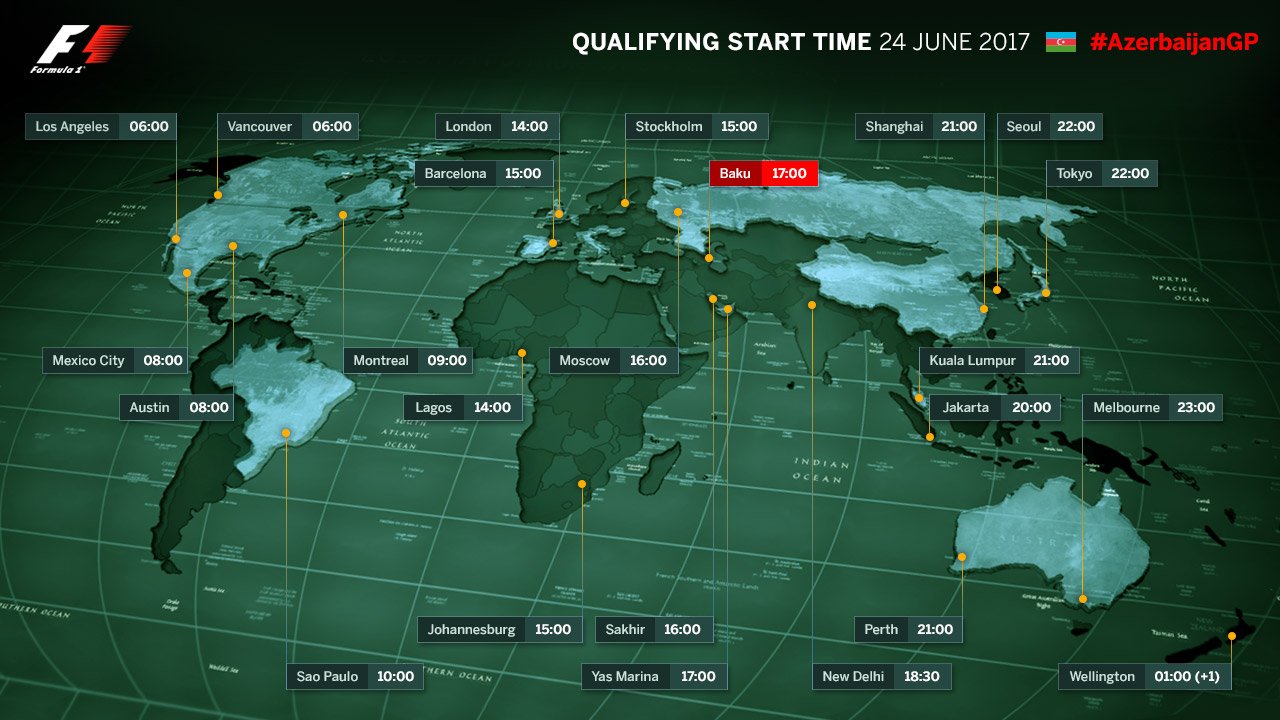 The timings are given in local time which GMT+4

Hey, guys First and Second Practice Sessions are over of F1 Azerbaijan GP 2017. The results are bit different as compared to other GP races. This time it’s Red Bull who really hits the bull eye. Max Verstappen has come first in both the sessions.

WATCH: FP2 in 2 minutes – mistakes and mayhem on the way… #F1 #AzerbaijanGP pic.twitter.com/YeXtcvU66R

Both First and Second practice sessions winner was Red Bull. Red Bull has shown that they are not less than Ferrari and Mercedes. There was only Red Bull seen on the circuit of Azerbaijan.

In the first practice session, Max Verstappen completed the race in 1:44.410. The second winner was Daniel Ricciardo, he took 1:44.880. The third was Sebastian Vettel, he took 1:44.967. Sergio Perez was in 4th place, Lewis Hamilton was left behind and was in 5th place and Valtteri Bottas was in 6th place.

Sergio Perez Crashes Out of FP 1

Don’t miss the qualifying race today as the battle of pole begins.