The F1 action comes to USA as one of the coolest city Austin Texas will host the race at Circuit of The Americas. Defending champion Lewis Hamilton would like to seal the fate of the Championship at this very circuit. Lewis Hamilton enjoys this circuit as he has won 5 out of 6 races held at COTA. And he is been undefeated from 2014, this will be his 5th race win on the trot if goes on to win this one as well. Sportsfeista brings you complete information US GP 2018 Live Stream, Schedule & Live Telecast.

Hamilton who is in search for his 5th championship title will start from while nearest challenger Vettel will start the race from 5th positon on the grid. Sebastian Vettel missed the pole position by a very small margin, however, slipped to 5th position due to 3 grid position penalty. Luckily Raikkonen grabbed the second position on the grid for the race on Sunday. 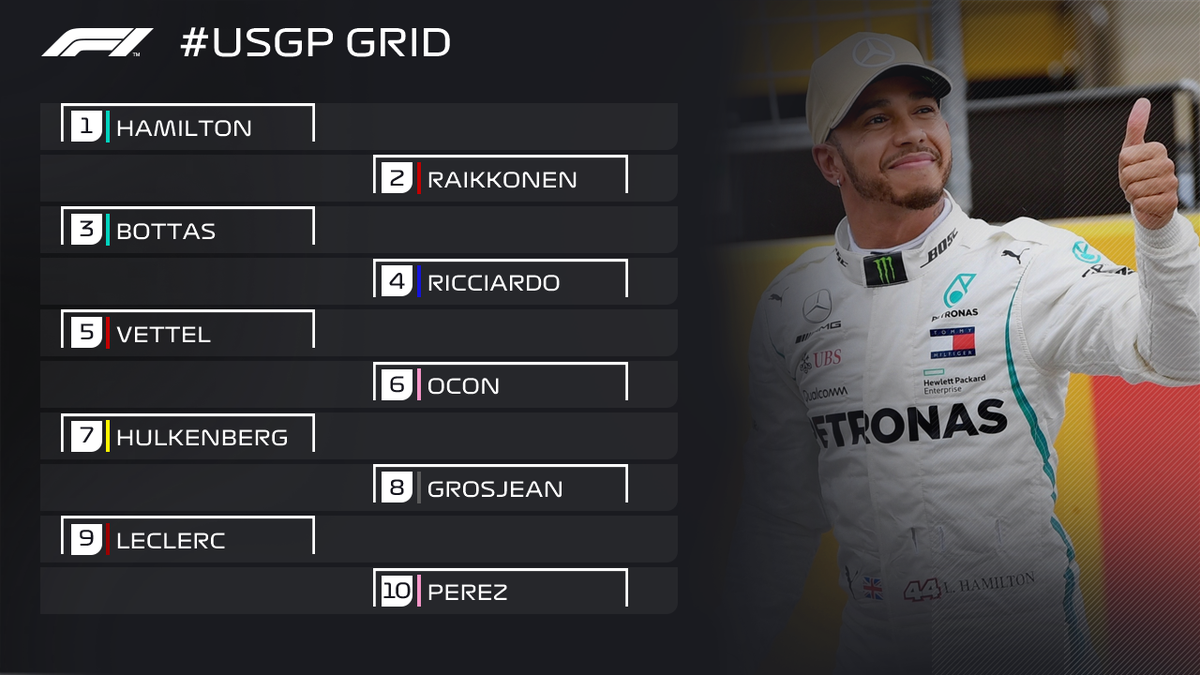 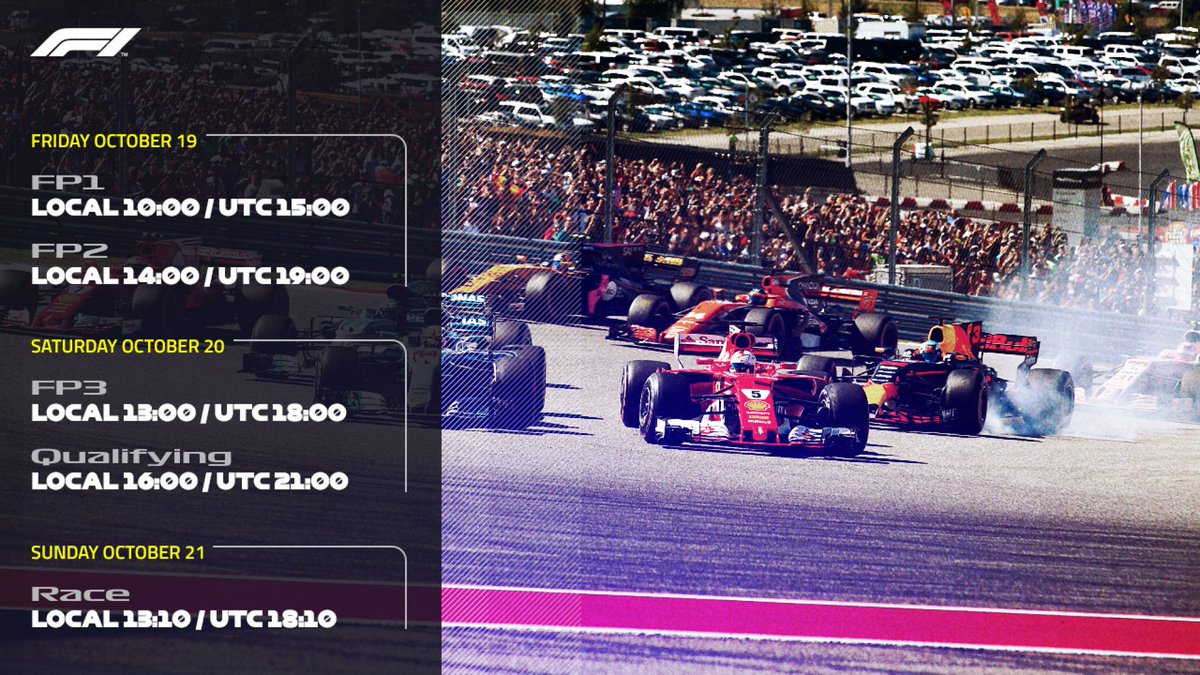 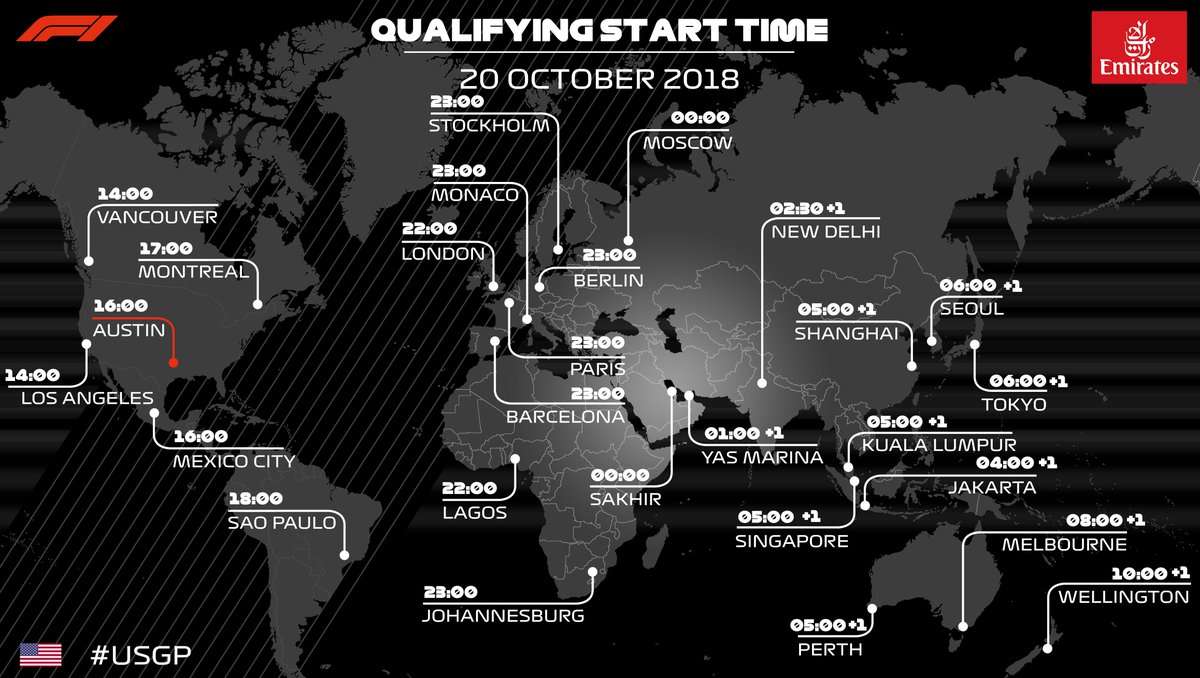 Check out the global timings of US Grand Prix 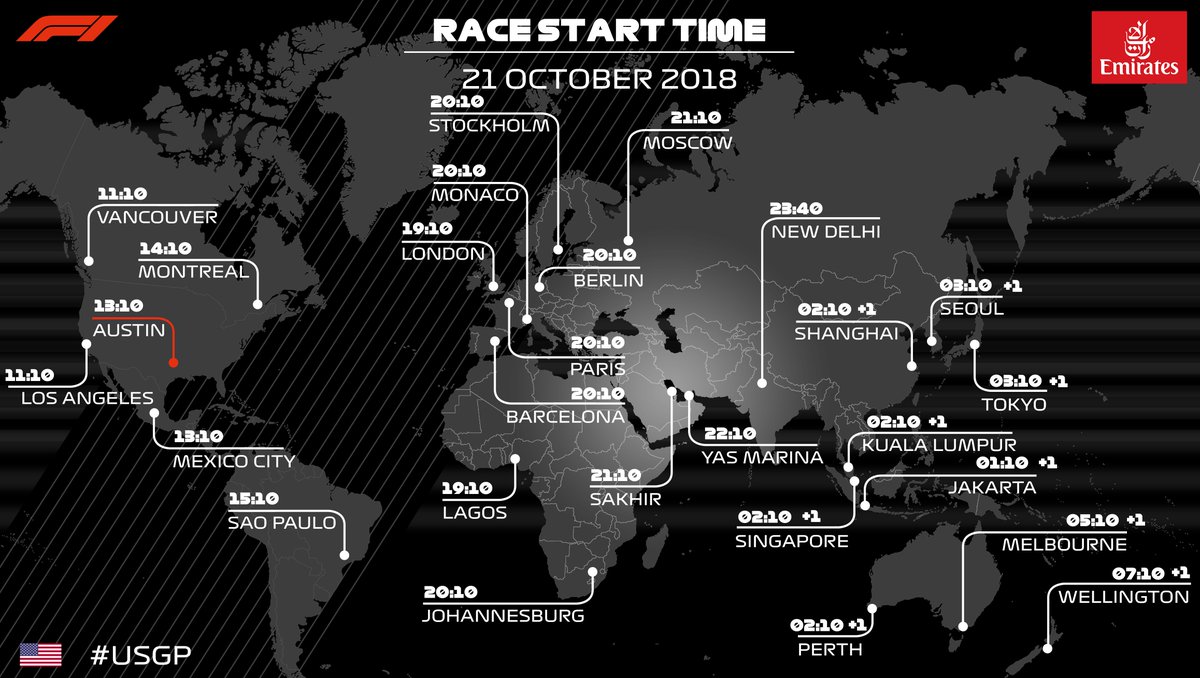 Sebastian Vettel who is already under tremendous pressure for keeping his championship hopes alive got 3 grid penalty for ignoring red flag during the practice session. Here is what he has to say about the penalty

"I think it's wrong"

Sebastian Vettel gives his reaction after receiving a 3-place grid penalty for failing to slow enough under red-flag conditions#USGP pic.twitter.com/oFJW4Hpc0G

HAMILTON: “That was close! The first [Q3] lap was decent… the second was just that little bit better… I’m really happy with that”

VETTEL: “It was pretty close, it’s always a shame when you miss out by that little bit of time, just six hundredths”

RAIKKONEN: “It’s been a pretty positive day, we got pretty close. I feel good with the car. We will try tomorrow. It’s a long race. We’ll try to make a good start and go from there”

QUALIFYING CLASSIFICATION: Job done for Hamilton as he edges ever closer to a fifth world title #USGP 🇺🇸 #F1 pic.twitter.com/lVwY6NUkNd