The round one of Austrian GP taken by Valtteri Bottas, the pole sitting Finn drove exceptionally well to win the race. Mercedes were the hot favorite before the race and they were well on course to start with a 1-2. However, the late drama started when the safety car was brought in which gave other the opportunity to compete. Before the introduction of safety car Mercedes were sailing having a gap more than 10 seconds to Red Bull despite both cars reporting gearbox sensor issue. Its back to back races and next weekend teams will have another go at Red Bull Ring. Sportsfeista brings you complete details of F1 Styrian GP 2020 Live Stream, Schedule & Live Telecast information of Styrian Grand Prix.

Red Bull suffered a double below first Max Verstappen had to retire due to car issue then Albon retired later in the race after his collision with Hamilton. Though the result may look satisfying for Ferrair as Leclerc got the second spot, but they know the problem they have with pace. McLaren and Racing Point were impressive as Lando Norris found himself on Podium. Had Perez not taken the 5 second penalty there would have been tough fight between the two teams.

Formula 1 2020 Live telecast information is here. F1 fans in India will get see thrilling action live at Star Sports Network, in Asia it will be at Fox Sports Asia, Australian fans will get to see the race live at Fox Sports Australia and Network Ten. For Canadian fans F1 action will be brought live by RDS & TSN, US fans will get to see it ABC, ESPN & Univision. For the fans in the UKSky Sports, Channel 4 and will bring the live coverage.

Where Styrian GP 2020 will take place?

The second round of Austrian GP which is known as Styrian GP will be hosted at Red Bull Ring Austria.

All timings are given in local Austrian Time GMT+2 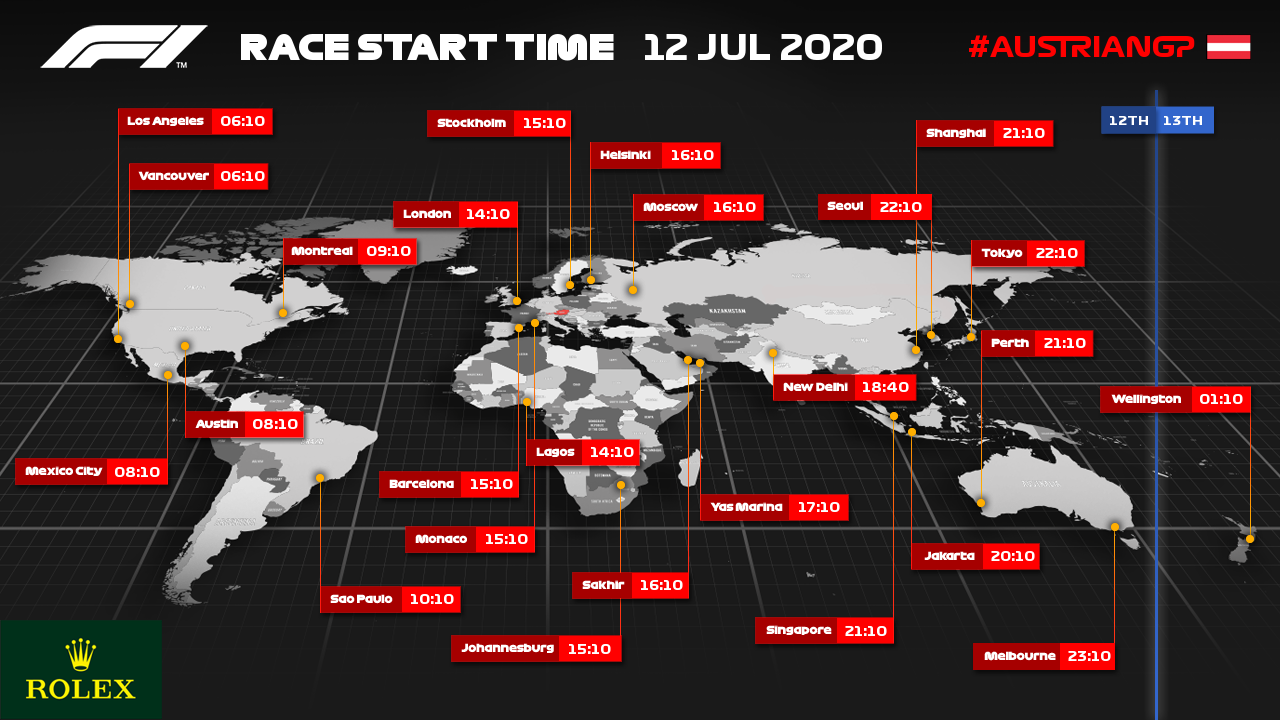 Drivers’ standings After Round 1 of  Austrian GP

Here are the drivers’ standings before Styrian GP 2020. Valtteri Bottas of Mercedes sitting at the top with 25 points, followed by Charles Leclerc and Lando Norris.