Formula 1 returned to racing during Covid 19 pandemic with Red Bull Ring hosting the first race of the season on July 5, 2020. The round 1 in Austria was a wonderful racing experience. Valtteri Bottas became the first person to win race in Covid 19 curtailed new F1 calendar. There first race thew lot of drama, and there was drama before the race as well. Red Bull officially protested against the Mercedes DAS systems. However, the stewards ruled the decision in favor of Mercedes and Mercedes DAS system was ruled legal. Then number of cars faced issue during the first round of Austrian GP 2020. Sportfeists brings you F1 Steiermark GP 2020 Live Stream Schedule & Live Telecast of Round 2 of Austrian GP 2020.

The eighth win of @ValtteriBottas' career was definitely the most action-packed!

No mistakes from the @MercedesAMGF1 man up front 👏#AustrianGP 🇦🇹 #F1 https://t.co/dlXDl6k9ZR

The first race was touted as a close battle between Mercedes and Red Bull and Ferrari was not in the picture. Ferrari did not perform in the qualifying race either they got outpaced by Racing Point and McLaren. However, in the first race there were lost twist and turns in the races. Max Verstappen was the first one to go out of the race in the lap 14, which dented Red Bull chance. Then Alex Albon lost his 3rd position as he tried to attack Hamilton in lap 61. This changed the course of the race and Leclerc made the most of and went on secure podium finish.

Former world champion Lewis Hamilton was handed a 5 second penalty and this promoted Leclerc further to the second position. Valtter Bottas continued his exceptional work and went on to finish the race as winner. The final punch of the race came from Lando Norris who denied Lewis Hamilton the podium with his flying final lap. Apart from Lewis Hamilton Serigo Perez also took the 5 second penalty for speeding in pit lane. 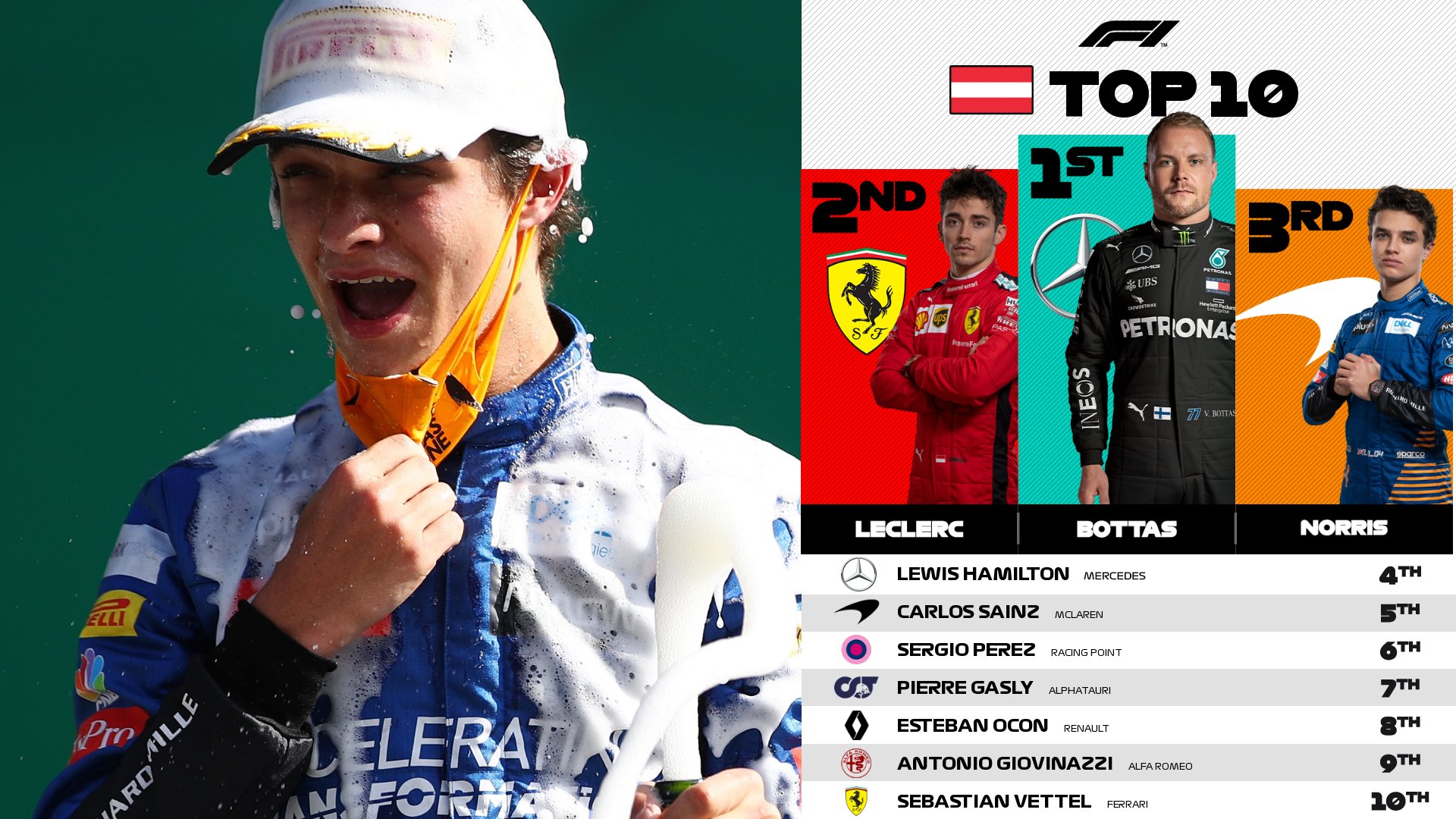 Formula 1 2020 Live telecast information is here. F1 fans in India will get see thrilling action live at Star Sports Network, in Asia it will be at Fox Sports Asia, Australian fans will get to see the race live at Fox Sports Australia and Network Ten. For Canadian fans F1 action will be brought live by RDS & TSN, US fans will get to see it ABC, ESPN & Univision. For the fans in the UKSky Sports, Channel 4 and will bring the live coverage.

All timings are given in local Austrian Time GMT+2