F1 News: Sergio Perez May Be The Worst Affected If Vettel Joins Racing Point. Seb’s Ferrari Exit Has Created A Still In The Driver’s Market

Formula 1 Driver’s market has been under a stir ever since Sebastian Vettel has announced his exit from Ferrari. There has been lots of changes and quick decisions were made by the teams and F1 drivers. We already saw Fernando Alonso announcing his return for the season 2021 he will be joining Renault. Daniel Ricciardo is one driver who responded very quickly to Vettel’s Ferrari exit news. He took no time in joining McLaren as soon as the news is out for the season 2021 he will race with McLaren and his place will be taken by Alonso. Carlos Sainz of McLaren is set to take place of Vettel in the upcoming season.

Vettel hasn’t decided where he possibly could go, however, there aren’t many places left. Few weeks back Vettel informed that he is interested in Red Bull Racing, however, it seems like Red Bull is happy with current combination. Seb already confirmed that he not even hoping from Mercedes. Though Sergio Perez has a contact till 2022 with Racing Point and the other driver Lance Stroll is the son of the owner Lawrence Stroll. But the availability of champion driver like Seb is tempting for any team who has big ambition.

As per the current announcement  Renault, Ferrari, McLaren and Williams have confirmed their drivers for 2021. Mercedes believed to be going with the same line up, though Lewis & Valtteri yet sign the deal. For Red Bull Racing on Max has a contract the second driver space still open till the official announcement is not made. Similarly in Racing Point only Perez has contract the second driver yet to be announced. Haas, Alpha Tauri & Alfa Romeo yet to announce their drivers. 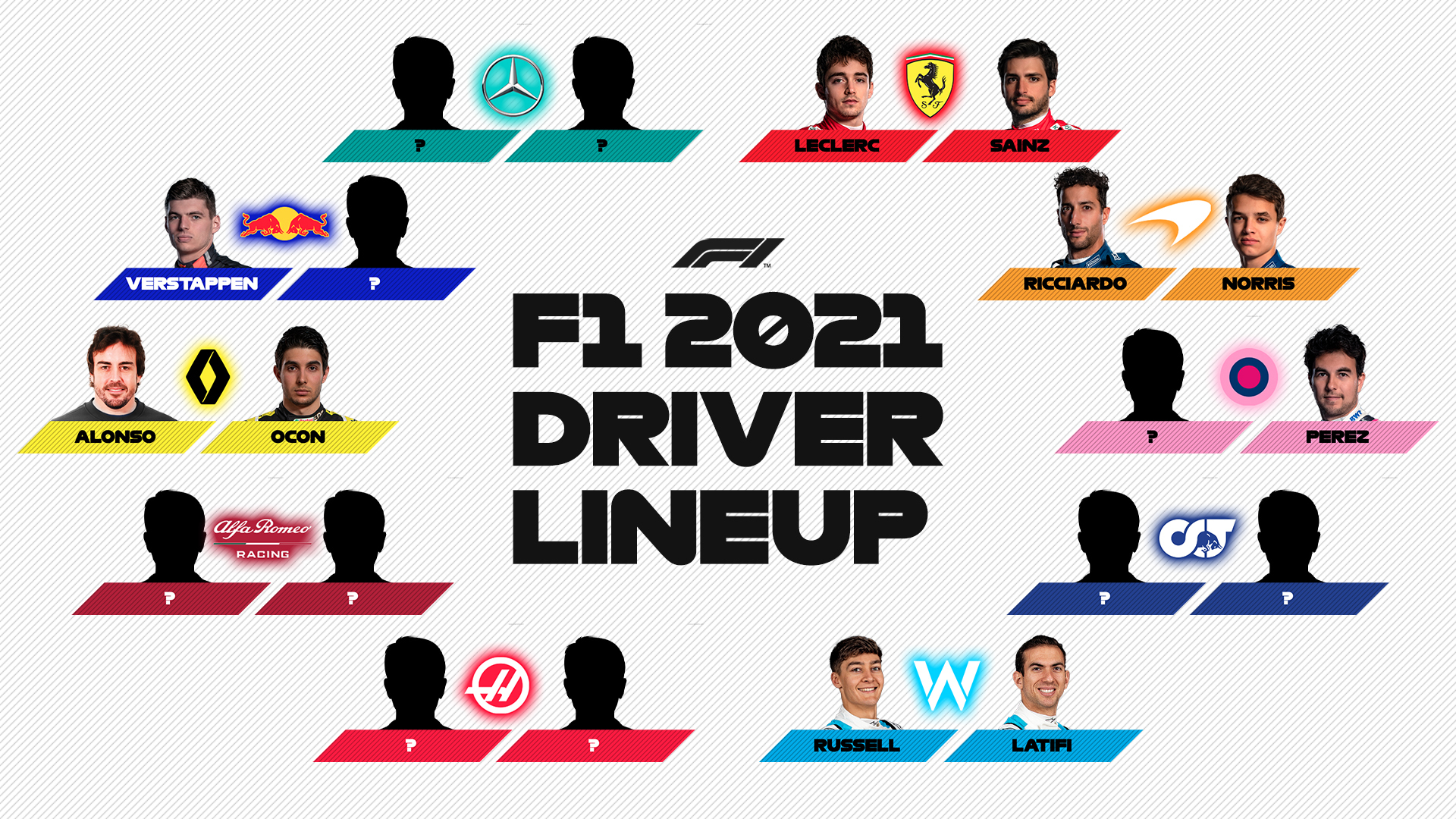 According to senior writer Lawrence Barretto at F1.com. Here is the analysis of current situation Sergio Perez is in

“The party line is that both Perez and Lance Stroll both have contracts for 2021. But my sources say Vettel has been offered a deal that would bring him onboard next season, with the German left to take his time to mull that over. Three, naturally, doesn’t go into two.

With Stroll’s father Lawrence owning the team, Perez was the one many felt would be out on his ear, despite his impressive loyalty to the team and the fact he’s the more experienced and – as the stats show – more successful of the two. Even though it’s unclear who would go should Vettel join, Perez has unsurprisingly already received a plethora of interest from teams in other motorsport series, as well as from one F1 outfit, showing just how highly-rated he is.”

“Perez declined to name the F1 team who got in touch, but my sources suggest Alfa Romeo are the ones interested in recruiting the Mexican, in what would be a return to the squad – then known as Sauber – who gave him his F1 debut and put his star on the map, principally with his mega drive to second in the 2012 Malaysian Grand Prix.

With one of the two seats at Alfa Romeo reserved for a Ferrari academy driver, currently Antonio Giovinazzi, as per the terms of their contract with engine supplier Ferrari, that would suggest Perez would replace Kimi Raikkonen. The Finn’s deal expires at the end of the season, when he will be 41 years old.”

Why would Perez want to go there, though, if they are struggling so much? Well it’s a good question. He won’t want to leave Racing Point for sure, especially given they have the second or third best car on the grid right now and are in the ascendancy. But if he is forced out, he isn’t done with racing yet and Alfa Romeo would at least offer a haven while he reassesses his options.

That said, while I understand the Swiss team have made their interest clear, Perez has yet to pursue it because he remains committed to Racing Point.

Haas would also be a good option for Perez, the Mexican and his manager Julian Jakobi having already held talks with the American team about joining the team in previous seasons – but it never happened. But as it stands, this does not appear to be an option either side is currently pursuing.

These are uncertain times for Perez, at a moment when he shouldn’t have to worry about his future given the piece of paper he has signed. But right now, he’s driving at his peak, securing results so consistent he’s sixth in the drivers’ championship. And if there’s any justice in Formula 1, that should be enough to keep him on the grid in some shape or form. Whether or not it is in a car worthy of helping him add to his tally of eight podiums remains to be seen.”

F1 Driver’s market is currently keeps on changing, a lot will depend on the move Sebastian Vettel for the season 2021. If Perez to be ousted because of Vettel joining Aston Martin Racing (Racing Point  Re Branding to Aston Martin for Year 2021.) it will be unfortunate for the driver of his caliber. However, this the most likely thing in the current situation. F1 next race will be at Silverstone as British GP takes place on 02nd August, 2020.