It was crazy action at Monza and Pierre Gasly sprung out the surpise of the season by winning Italian GP 2020. For the first time in many years we saw none of the top three teams at podium. Mercedes, Ferrari & Red Bull none of the teams could score a podium finish at Monza. It was a Red Flag and error of judgment by Lewis Hamilton & Mercedes which turned the who race around. Race leader Lewis Hamilton entered the pit lane while it was closed and receive 10 seconds stop and go penalty same was applied on Giovinazzi. This really changed the course of the race we got entirely new podium where there was no Mercedes, no Ferrari and no Red Bull. Sportsfeista bring you complete details of F1 Italian GP 2020 Results & Highlights 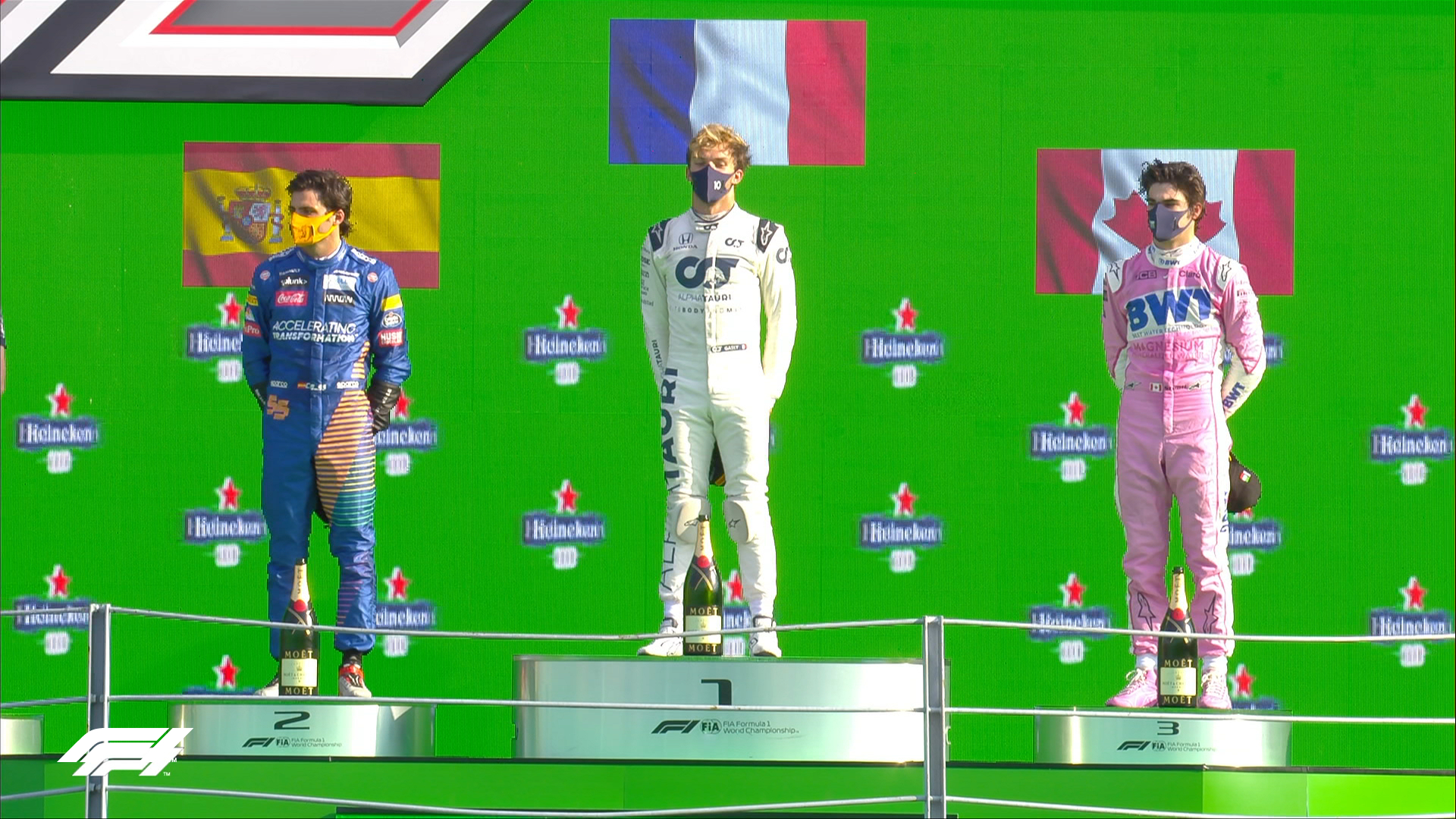 We saw one of the astonishing results in at Monza, as the top drives of the season couldn’t score a podium which is a rare incident in F1. Mercedes, Red Bull & Ferrari all took a blow. For Mercedes Bottas started race with engine issue and soon got relegated to P6, then Lewis Hamilton and Mercedes made error in judgement as pitted during the safety car while the pit lane was closed and earned himself and 10 seconds stop & go penalty. For Ferrari there was double retirement, Leclerc race ended due accident and a break failure ended Seb’s race. For Red Bull Max Verstappen had retire due to engine issue and Albon couldn’t score a point. But what a race it was Gasly, he scored maiden F1 win him and his team, Carlos Sainz finished 2nd and Stroll took the third place.

BOT 📻: "I can't race with these engine settings. It's a joke"

The Finn is still in P6 after losing places on the opening lap#ItalianGP 🇮🇹 #F1 pic.twitter.com/927cqReKyD

PIERRE: “Honestly, it’s unbelievable, I’m not sure I’m realising what’s happening right now, it was such a crazy race… “I’ve been through so much in the space of 18 months, my first podium last year and now the win in Monza!”

SAINZ: “I’m halfway disappointed with P2. We couldn’t imagine being able to fight for P1. “But really we’re happy overall with P2. I have felt all weekend that I could have dominated the midfield”

LANCE: “I am [happy with P3]! It’s been a couple of years since I stood on the podium so good to be back! I’m really happy for Pierre, he had such a good start and he kept it consistent. It’s kind of a bummer as it was kind of mine to lose starting P2!”

After the dramatic Italian GP Lewis Hamilton still holds the lead. Valttteri Bottas regained the second spot as Verstappen could finish the race and slipped to 3rd place.