It is back to back racing week as fans eagerly awaits for the second round of British GP known as Emirates Formula 1 70th Anniversary Grand Prix. Who could forget the dramatic British GP where luck changed for drivers in the last 2 laps. The defending champion Lewis Hamilton was lucky to cross the line even with puncture. Max Verstappen who was in hot pursuit of second spot not only succeeded in overtaking a struggling Bottas but also found himself in the chance of race win as well.  Though he could not hunt down Lewis Hamilton as the champ saw the chequered flag on three tyres just in the nick of time. It will be interesting to see how team will cope with tyre issue in the second round; sportsfeista brings you complete details of F1 70th Anniversary GP 2020 Live Stream, Schedule & Live Telecast.

They say there are always 60% chances of safety car on Silverstone Circuit and last Sunday was no different. Safety car swung into action early in the race and then came back again as Daniil Kvyat carashed. However, the drama came late in the race as multiple drivers started facing issues with their tyres, particularly with left front. Even the champion was not spared, he too suffered a puncture on his left front but was managed to successfully complete the race. According to data revealed by Mercedes, Hamilton drove at a speed of 230 km/h on three tyres down the Hanger Straight on the final lap. Bottas & Calros Sainz also suffered with same problem.

So we were looking through the data from yesterday (don't @ us, we know we're nerds) and Lewis did 230 km/h down the Hanger Straight on the final lap… 😮

Lewis Hamilton is a man on mission he continues breaking records after records. After winning British GP he broke the record of great Ayrton Senna for leading most races from start to finish. Lewis Hamilton has now led 20 races from start to finish while Senna had led 19. The next record will be Schumacher’s most wins races, Schumacher holds a record of 91 race win and Lewis has won 87 races, and he is just 4 race win behind the legend. 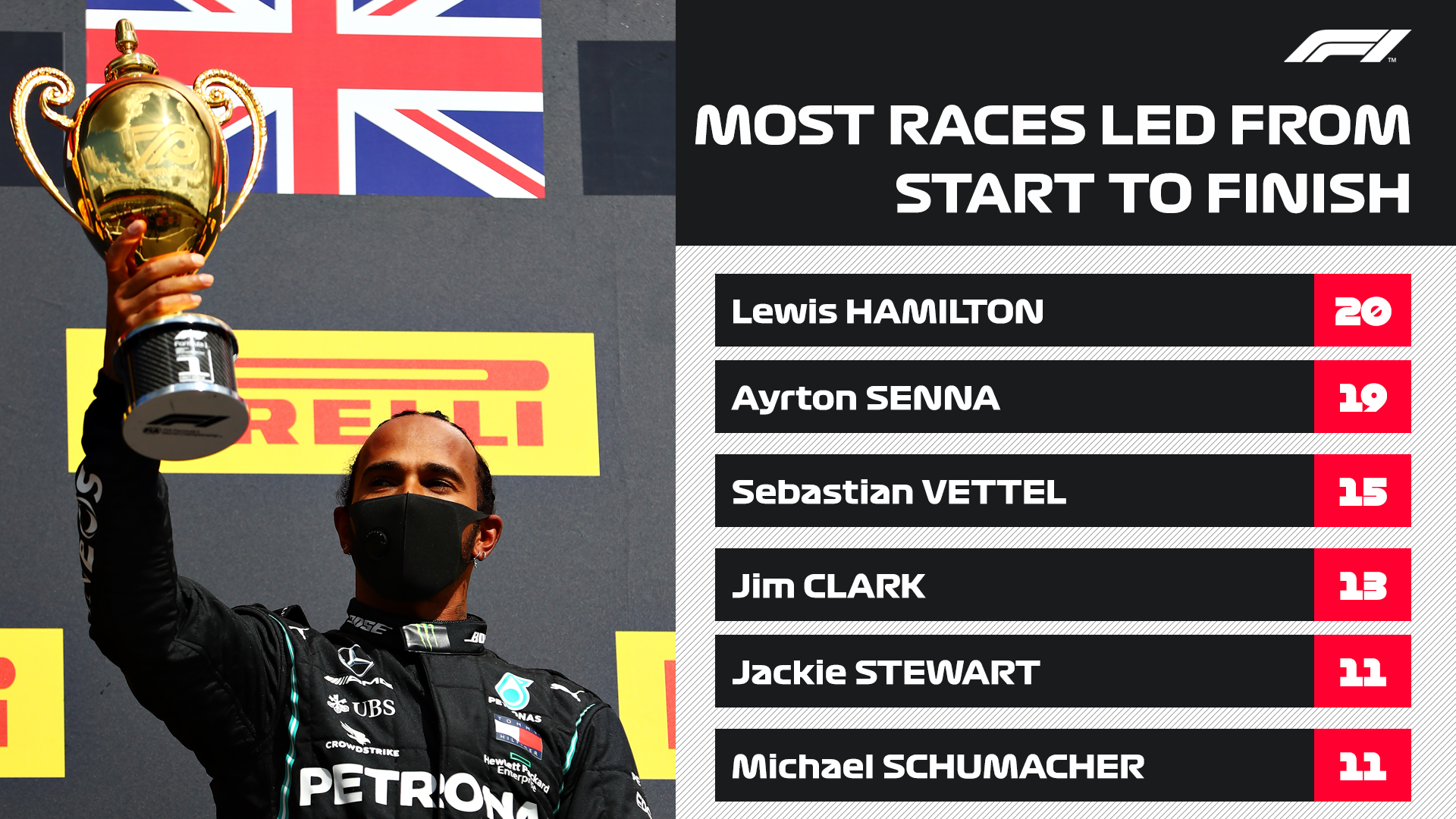 What is the F1 70th Anniversary GP?

70th Anniversary GP is the second round of British GP, the first round was completed on 2nd August with Lewis Hamilton winning his 7th race here. It is British GP produced with a different name as as the same name is not used for two consecutive races. British GP completed 70 years, hence, in order to mark the occasion it has been named as 70th Anniversary GP. The first British GP was won by Nino Farina in 1950.

When is F1 70th Anniversary GP?

Where is F1 70th Anniversary GP?

All timings are given in Local Silverstone BST  time which is GMT+1.

A dramatic final minute at Silverstone, as @LewisHamilton and his Mercedes hold on for a famous victory! 😮 🏆#BritishGP 🇬🇧 #F1 pic.twitter.com/CmD8hrz2Fw