Your Friday pacesetter at Brno! 💪 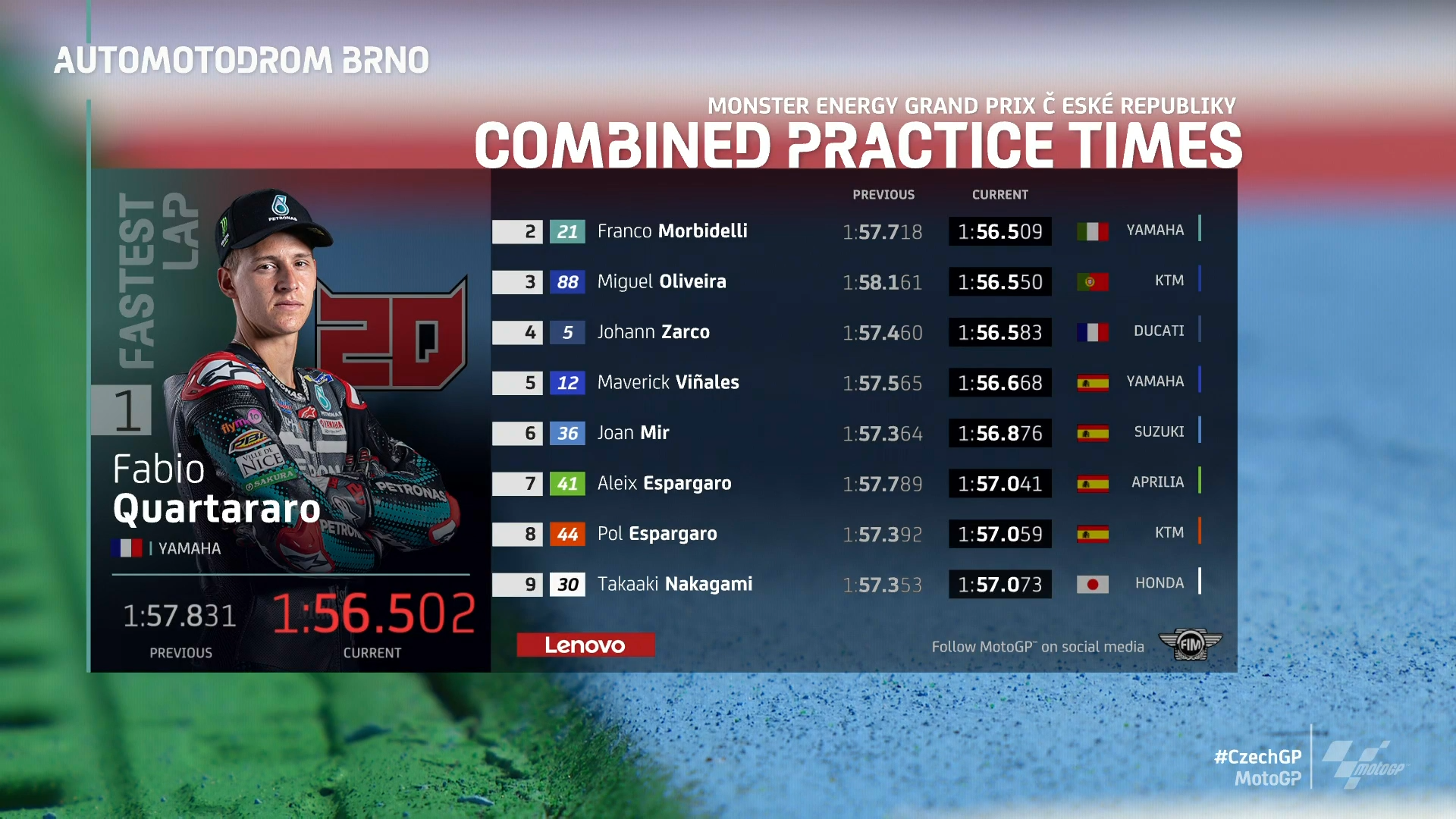 The @YamahaMotoGP is absolutely fine but is quick to ensure his YZR-M1 isn't running, with engines at a premium! 👀#CzechGP 🇨🇿 pic.twitter.com/8Z37FiuEUx

BREAKING NEWS: @PeccoBagnaia ruled out of this weekend's #CzechGP! 🇨🇿

The @pramacracing rider will also miss next weekend's race in Austria! 😲#MotoGP | 📰https://t.co/4vnaQvv6XW

The qualifying race is on Saturday it will be interesting to see who will take the pole position at Brno. This will decide how the championship will shape up.

All timings are in the local Czech time which is GMT+2 as quoted on official website MotoGP.com.

Fans in India will get to see MotoGP 2020 action Sony Sports Network. MotoGP fans in Asia will get to see the action live on Fox Sports Asia, Super Sports will telecast MotoGP in South Africa. The fans in Middle East will enjoy MotoGP action on OSN sports. In Latin America the broadcast right are with ESPN Latin, ESPN HD and ESPN 2. Fox Sports will broadcast the MotoGP action in Australia while SKY sports will bring live action to fans in New Zealand. LeTV&Wasu TV will bring live action to Chinese fans. For the fans in Indonesia live action will be on Trans 7, Malaysian fans can enjoy action on RadioTelevisyenMalaysia,NTV & G+ will broadcast MotoGP in Japan. beIN sports will bring MotoGP action in Canada & USA, Canadian fans can also watch MotoGP on DAZN. Euro Sport will bring MotoGP Action in France, Belgium, Netherlands, Romania & Germany. In Italy SKY Italy will bring MotoGP action. Movistar TV will telecast MotoGP in Spain, Spanish fans will also enjoy action at Onesport& Vodafone. In UK the broadcast will be managed by BT Sports.

Live Stream of MotoGP Available at Sony Liv app & Sony Liv.com.The live feed of MotoGP 2020 will be available on MotoGP.com, Tenplay, and BTsport.