Maverick Vinales one of the MotoGP World Championship contenders stormed to the pole position in Austria. On his flying lap he clocked at timing of 1’23.450 to put himself on the pole. He was followed by Jack Miller & Fabio Quartararo. Qualifying was disastrous for the last race winner Brad Binder he finished 17th. Andrea Dovizioso showed some significant improvement as he finished 4th in today’s qualifying. However, the legend Valenitno Rossi who is searching for his 200th podium could finish 12th only. Repsol Honda did not see any improvement in the qualifying as both Alex Marquez & Stefan Bradl finished 18 & 19th respectively. It will be interesting to see if Vinales can convert this pole to the first win of this year.

“Yesterday I didn’t feel good with the bike”- Maverick Vinales

“First of all I want to say thank you to Andrea Dovizioso” Jack Miller reacting to Dovi’s Ducati exit announcment.

“Maybe it can help, but maybe it can be worse” Fabio on Yamaha testing a new ride-height device today.

Fans in India will get to see MotoGP 2020 action Eurosport, you can also watch it through Jio TV platform. MotoGP fans in Asia will get to see the action live on Fox Sports Asia, Super Sports will telecast MotoGP in South Africa. The fans in Middle East will enjoy MotoGP action on OSN sports. In Latin America the broadcast right are with ESPN Latin, ESPN HD and ESPN 2. Fox Sports will broadcast the MotoGP action in Australia while SKY sports will bring live action to fans in New Zealand. LeTV&Wasu TV will bring live action to Chinese fans. For the fans in Indonesia live action will be on Trans 7, Malaysian fans can enjoy action on RadioTelevisyenMalaysia,NTV & G+ will broadcast MotoGP in Japan. beIN sports will bring MotoGP action in Canada & USA, Canadian fans can also watch MotoGP on DAZN. Euro Sport will bring MotoGP Action in France, Belgium, Netherlands, Romania & Germany. In Italy SKY Italy will bring MotoGP action. Movistar TV will telecast MotoGP in Spain, Spanish fans will also enjoy action at Onesport& Vodafone. In UK the broadcast will be managed by BT Sports. 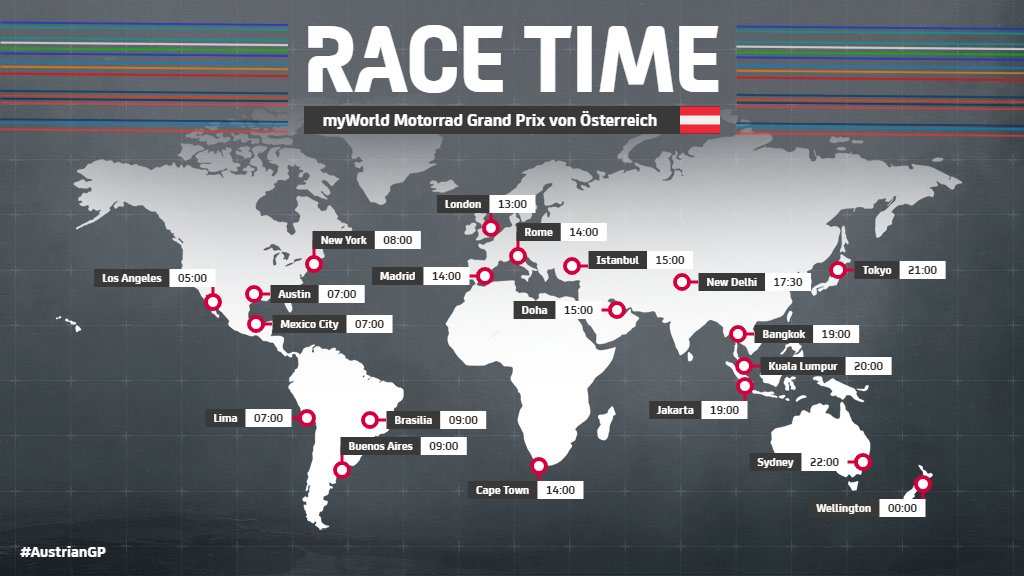